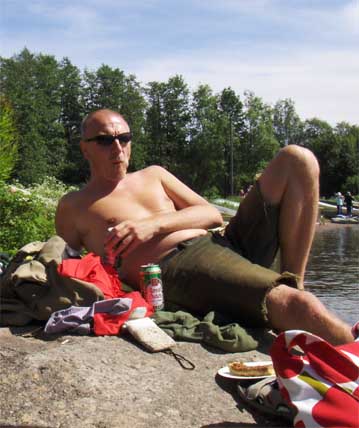 I am 54-year-old author and critic, and I also teach creative writing. I live in Tampere with a wife and kid and 180+ board games.
I used to be a teacher and researcher of Finnish literature at the Department of Art Studies (in the University of Tampere and also in the Univ. of Turku).

I've taken my M.A. degree and licenciate degree at the university of Tampere during the years 1990-1992. My doctoral dissertation was published by SKS in 1998. The previous papers for the degrees were dealing with the tradition of pastoral and rural epics of Finnish literature, and the dissertation was a gender-approach to the Finnish lovenovels.

My short stories in English:

An introduction to Longing for Mars -story is available by the translator Owen Witesman.

A tiny example of my research interests is this article "The man who was overlooked in the battle of the sexes" (2005).